In July 2016, Tor.com, one of the biggest publishers of science fiction and fantasy, began giving away eBooks. The giveaways are a part of their Tor.com eBook Club that you can join by signing up for their newsletter.

This eBook Club is a smart move by Tor as it introduces readers to both master authors like Gene Wolfe and new stars like Cixin Liu–effectively exposing readers to nothing less than the crème brûlées of speculative fiction. I didn’t hear about the book club until the start of March 2017, when the giveaway was Wolfe’s Shadow and Claw: The First Half of the Book of the New Sun. 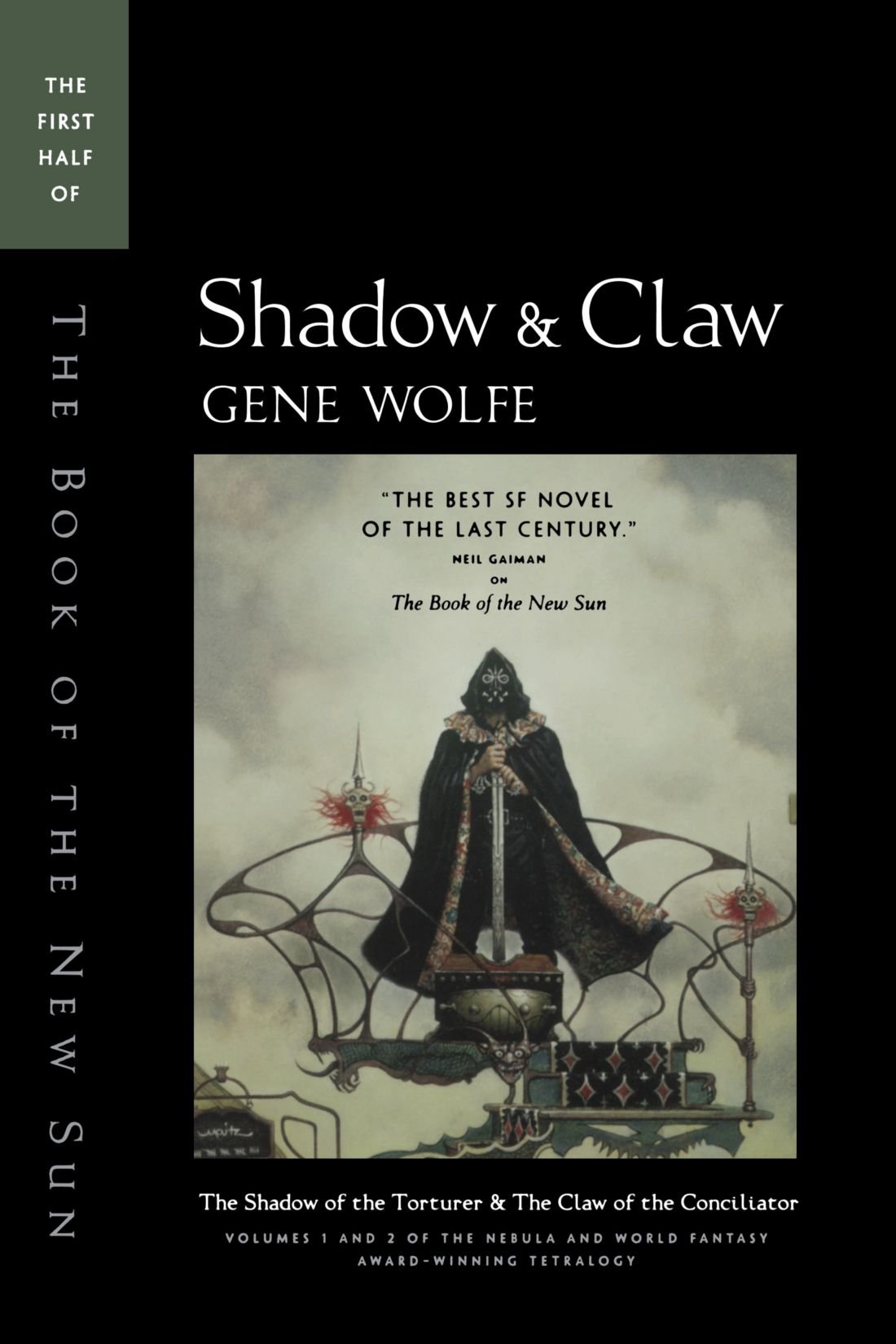 Shadow and Claw portrays the unlikely quest of a torturer’s apprentice named Severian. The narrative weaves back on itself insanely at times, invariably building expectations and then just as quickly defeating them.

The first expectation the narrative defeats is that this is going to be any type of conventional quest story. The result of Wolfe’s writing could be nerve-wracking for some readers expecting a more traditional story with conventional fantasy people-going-on-a-quest conventions.

This is by no means an easy or light read, but one that pushes the very limits of genre and storytelling and one that will challenge you as a reader. It’s a book for a true speculative fiction connoisseur who has mastered patience and gained an appreciation for the literary qualities of genre fiction. There’s a reason why Ursula K. Le Guin is frequently quoted as saying, “Wolfe is our Melville.” and that reason is reading Wolfe can be a demanding experience. Many other big names consider Wolfe a living master of science fiction and fantasy. Neil Gaiman wrote this about the book:

Wolfe’s use of language, the grand sweep of his story, the way he used science fiction to illuminate ideas and people and to stretch my mind in ways it had never been stretched before, the way he played with memory and gave us a perfectly reliable unreliable narrator – all these things thrilled me. (Years later, Michael Dirda of the Washington Post would call it “The greatest fantasy novel written by an American,” and he would be right.)

It’s clear Wolfe has had a significant influence on some of the most well-known authors writing today and would be a great addition to your to-read list.

Read more about Wolfe and his career here.

Get Sanderson’s First Book in the Stormlight Archive

If you sign up between March 23rd and 24th, Tor.com’s eBook Club is featuring Brandon Sanderson’s The Way of Kings. From Tor: “The result of over ten years of planning, writing, and world-building, THE WAY OF KINGS is the opening movement of the Stormlight Archive, a bold masterpiece in the making.”

Get Armistice for FREE:

Publisher
M. J. is an award-winning short fiction writer and author of a forthcoming nonfiction book. He loves science fiction, humor, & literary fiction and is the director of Write Draft Critique: the Virtual Writer Workshop.

We don't do "tentacles."
Or spandex.
You're welcome.